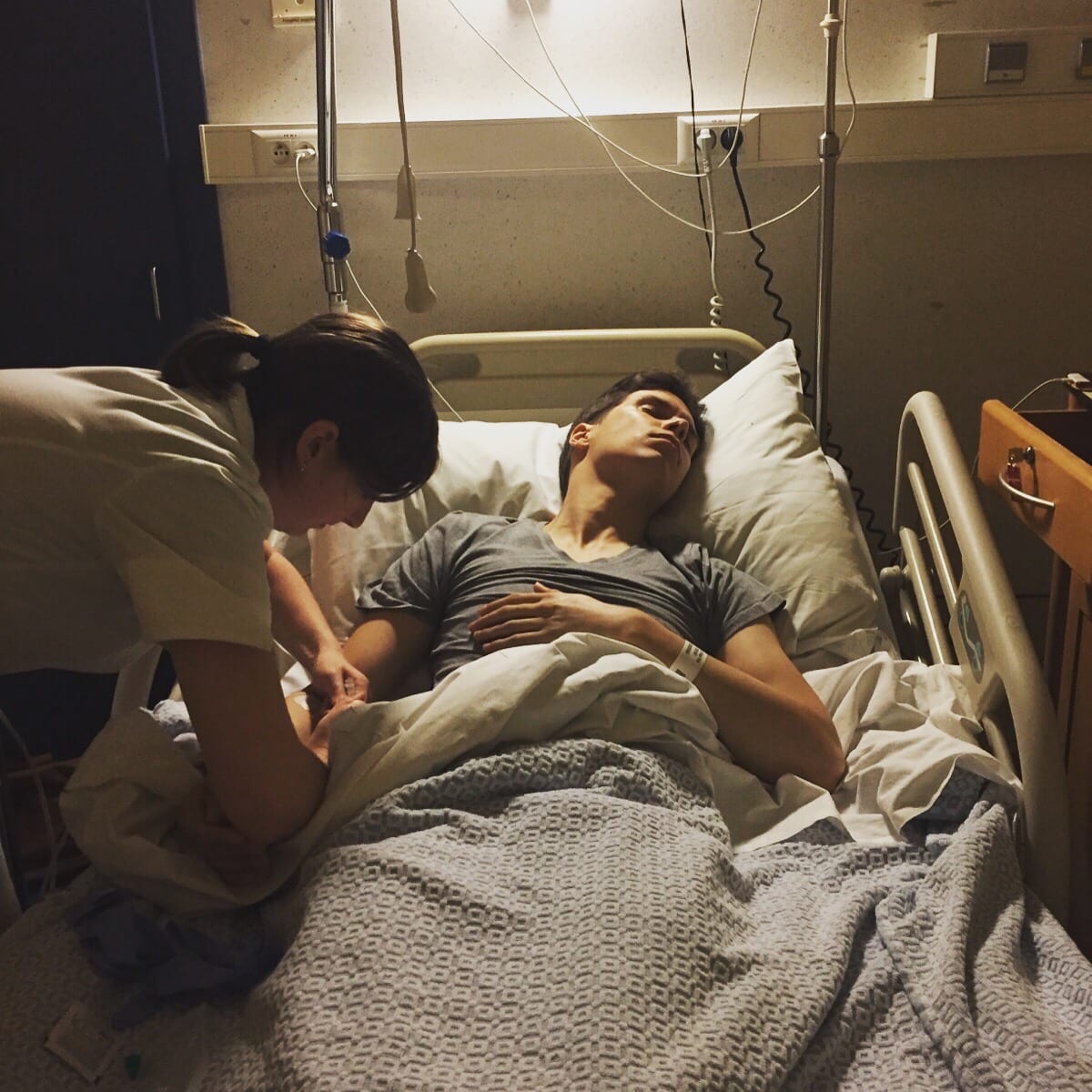 Lessons learned from a hospital bed

“Ok, now it’s enough, we’re going to the hospital”. My wife had been putting up with me complaining about pain for a week now. She was fed up with my stubbornness (and she has always been the smartest of the two of us). Within 15 minutes we were in the hospital and less and an hour later, I was in emergency surgery. This is on my lessons learned.

Later, the doctor told me and my wife, that had we waited a few more hours, it might have been too late.

This is the story of what happened and what it taught me – my lessons from a hospital bed.

Where it all started

It all started a week before. I was at KLM Royal Dutch Airlines headquarters in Amstelveen, in a conversation with Karlijn, then KLM’s head of social, and just had early lunch when I started feeling worse en worse. During the conversation I got distracted, was sweating, felt nauseous and started getting pale. I rushed to the toilet guessing that there was something wrong with lunch, but kept feeling worse.

I decided to get out of the toilet (what if … I would pass out on the toilet floor?) and walk towards the elevators in the middle of the building to go to the emergency post in the building … when I collapsed in pain. Not the prettiest of sight for colleagues that were passing in the hallway, but in hindsight I am really happy this did not happen in the toilets.

Within 15 minutes the ambulance was there and the diagnose was simple: a kidney stone.
Super painful (like someone placing a dagger in your lower back and toying around with it for a bit).

As a kidney stone is a routine procedure, my colleagues (Miranda, Nicole, Romar thanks again) brought me to the hospital, where after a quick check and getting some pain killers, I could leave.

But this was only the start.

My parents picked me up at the hospital and brought me to my parents’ house in Tilburg to rest before taking me back home in Belgium. There, I could rest a bit, recover from the worst pain and get rid of my kidney stones (who usually just disappear during a toilet break).

Over the course of the week, however, I started feeling worse. The pain was getting worse, especially on the left side of my upper body. A continuous glowing pain made it difficult for me to catch my sleep and get through the day without pain. I also was getting pain while I was breathing.

At first, I was rationalizing it. A kidney stone is one of the most painful things you can have and as the pain gives people spasm-like attacks, I figured that it made total sense my muscles were sore and body hurt.

But after the daily ration of pain killers I had gotten from the hospital was not enough to last 8 hours, I started worrying a bit. After I finally agreed to see another doctor (yes, I’m rather stubborn) who gave me a shot of pain killers that should last me the full night (but only lasted 3 hours), my wife had enough. We were going to the hospital.

I do not remember too much from the limited time we were waiting in the hospital. The moment I will never forget is when a doctor was watching a scan of my upper body and called another doctor in who told ‘hmm, this is not looking good’.

It turned out my kidney stone had ruptured one of my kidneys and the unfiltered body fluids were contaminating my body. The fluid had already reached my longs and was starting to infect other parts of my body. It was just a matter of time before organs would shut down.

Within 15 minutes I was rushed into emergency surgery.

And then I woke up.

The experience changed quite a bit for me.

I stopped celebrating my birthday. I had never really been a ‘birthday-person’ – I did not see the fun or accomplishment of getting born. But surviving this adventure did mean a big deal to me. So since then, I started ‘celebrating’ the 15th of November as a reminder that life is short. We do a mini-celebration of my birthday on September 2nd (my day of birth) mainly not to confuse our kids.

I started balancing work and private life better. I love my work as a consultant for large marketing teams, I truly do. But family is obviously way more important than that – so I started planning my business trips more efficiently (less time abroad, more condensed, no big intercontinental projects anymore) to be able to spend more time with my family. I still do not always succeed, but I’m trying hard 🙂

I started setting yearly goals. Life is short. And which so much to see and so much to do it is easy to just float along and keeping most things in a ‘planning’ stage. That’s why I decided to set goals. Run the Athens marathon, hike the Nijmegen Four Days Marches, see Iceland, do the Torres del Paine O trail …

I started traveling differently. For the last 10 years, I had traveled a lot. But since this incident, I started embracing more unknown destinations, different destinations and local experiences (omakases).

And it was one of the reasons for me to start logging and sharing my experiences more – for my own memory (as I had been doing on and off in Evernote) but also to share with others, hence omakas.es.

SafeTravel.is, exemplary safety backup for stupid hikers like me 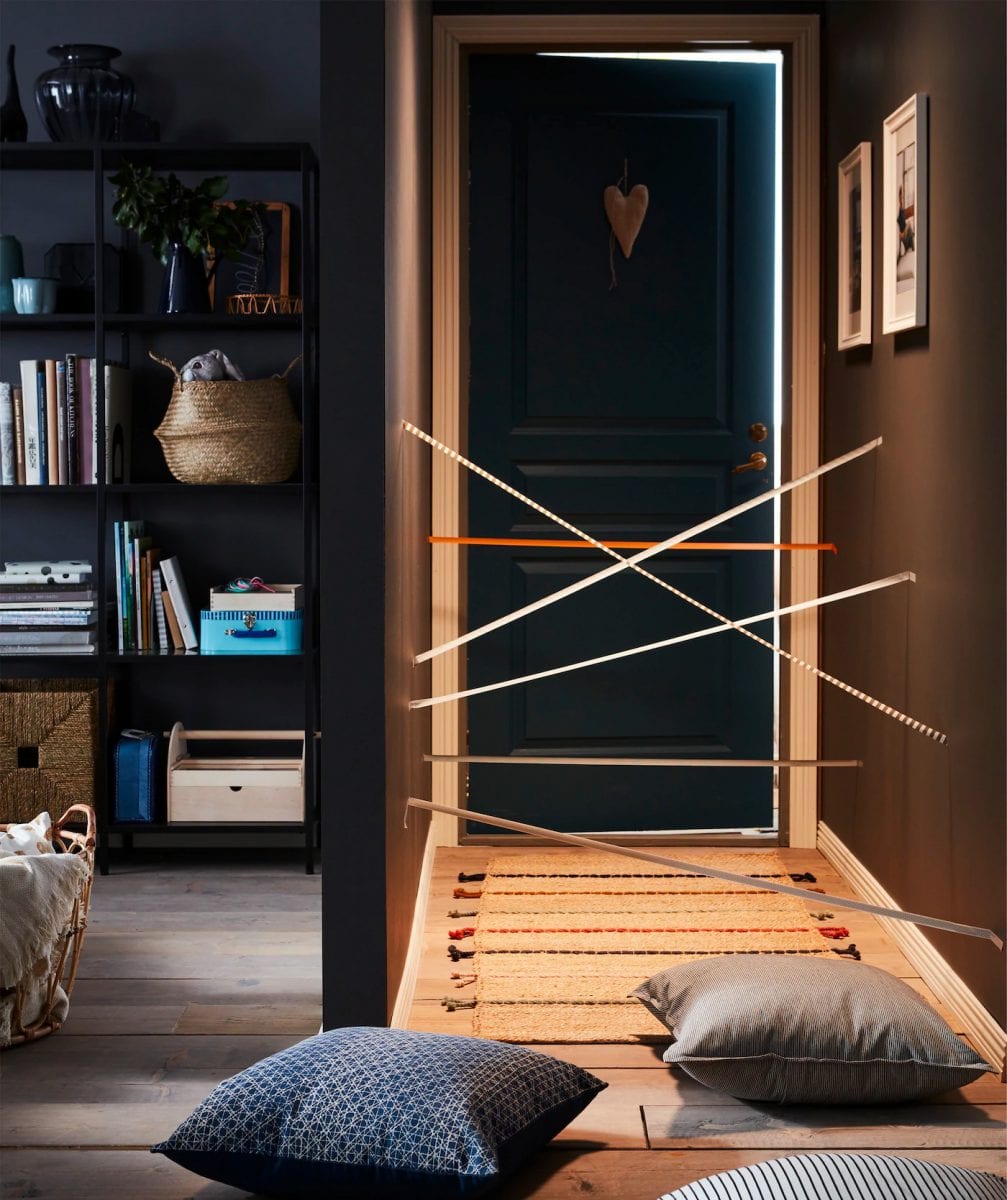 Read More
OOmakase
Having fun isn’t expensive or difficult. With an omakase mindset, you can turn every moment, away or at… 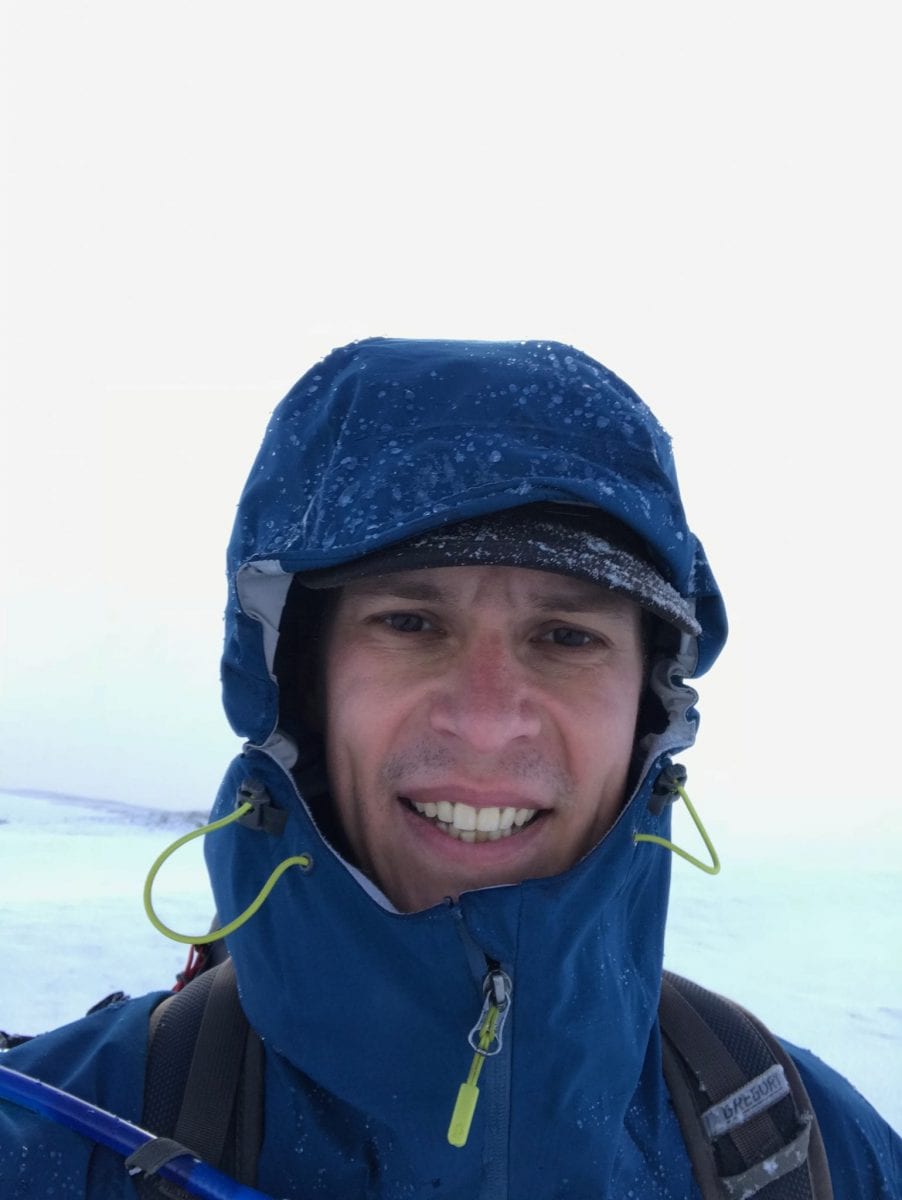 Read More
OOmakase
China, Hong Kong, Japan, Iceland, Australia, New Zealand, most of my business trips and pretty much all my… 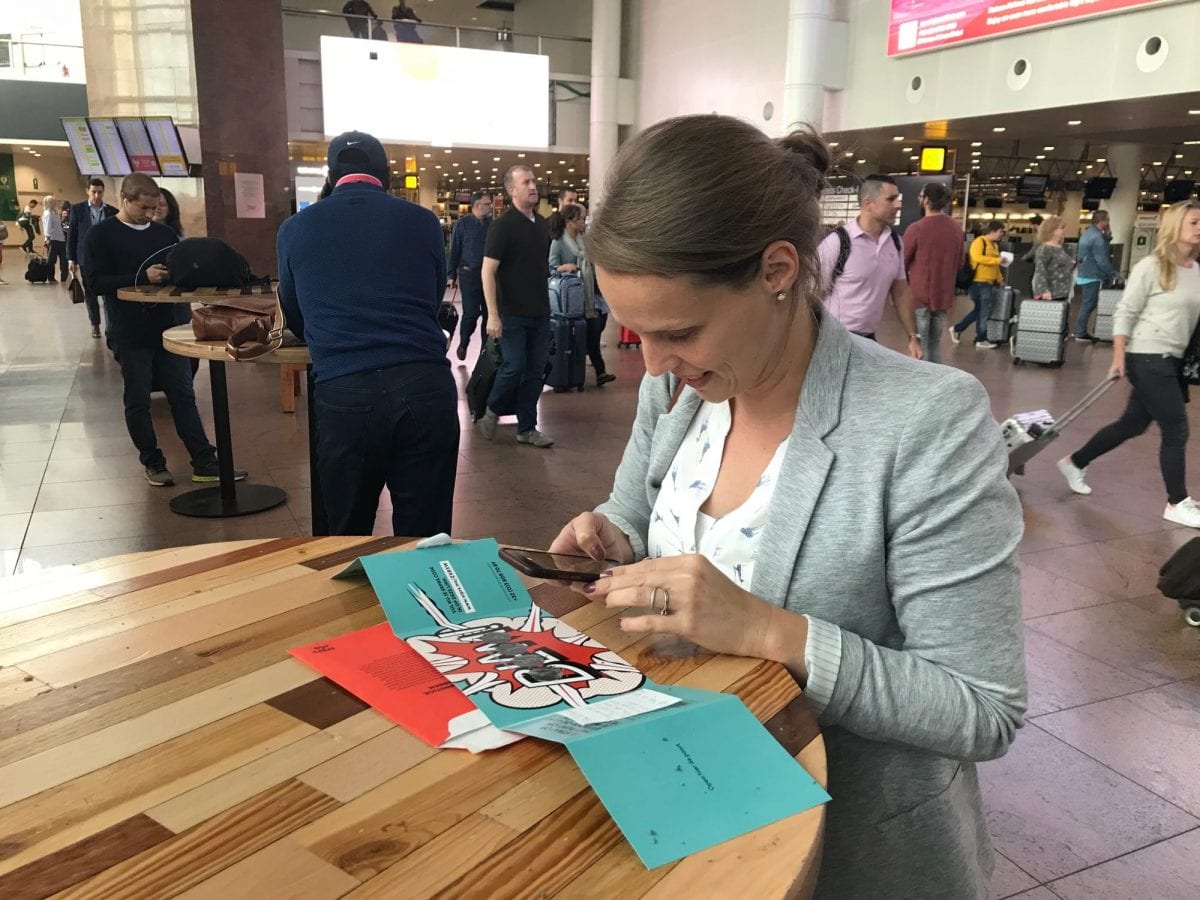 Read More
OOmakase
Only discover at the airport where you're going. The worst possible city trip for some, the best idea ever for others. But whatever you think about the concept, it makes people travel differently. As you can not prepare for your destination, you have an open mind - no previous idea, todo list, list op top-10 places to visits has spoiled your first impression of the city. You're way more likely to ask locals, find something unexpected or be open for a local experience. All because of the surprise element - you'll only discover at the airport where you're going: srprs.me, experience more with surprise holidays. 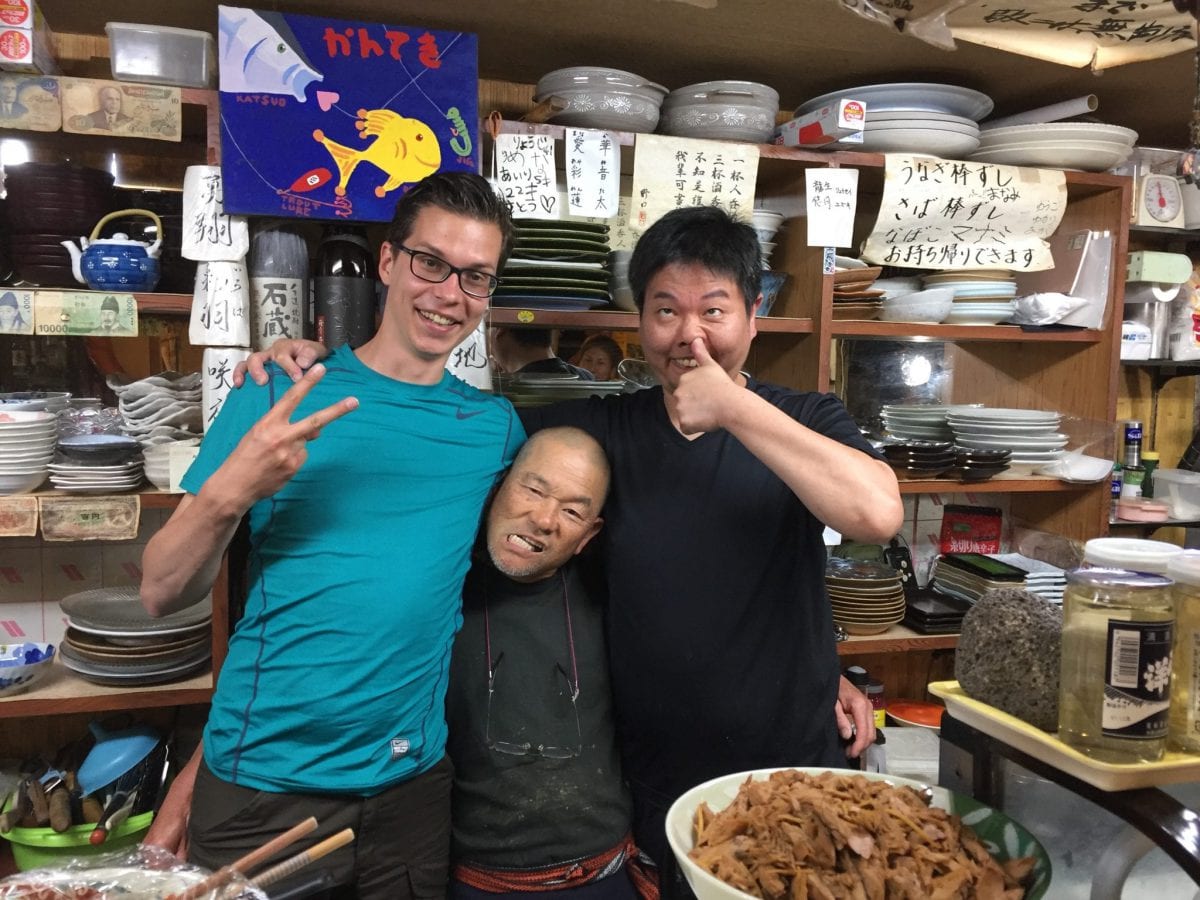 Read More
OOmakase
This blog evolves around the concept of omakase (お任せ) – when you’re ordering at a restaurant pretty much means, “I’ll leave… 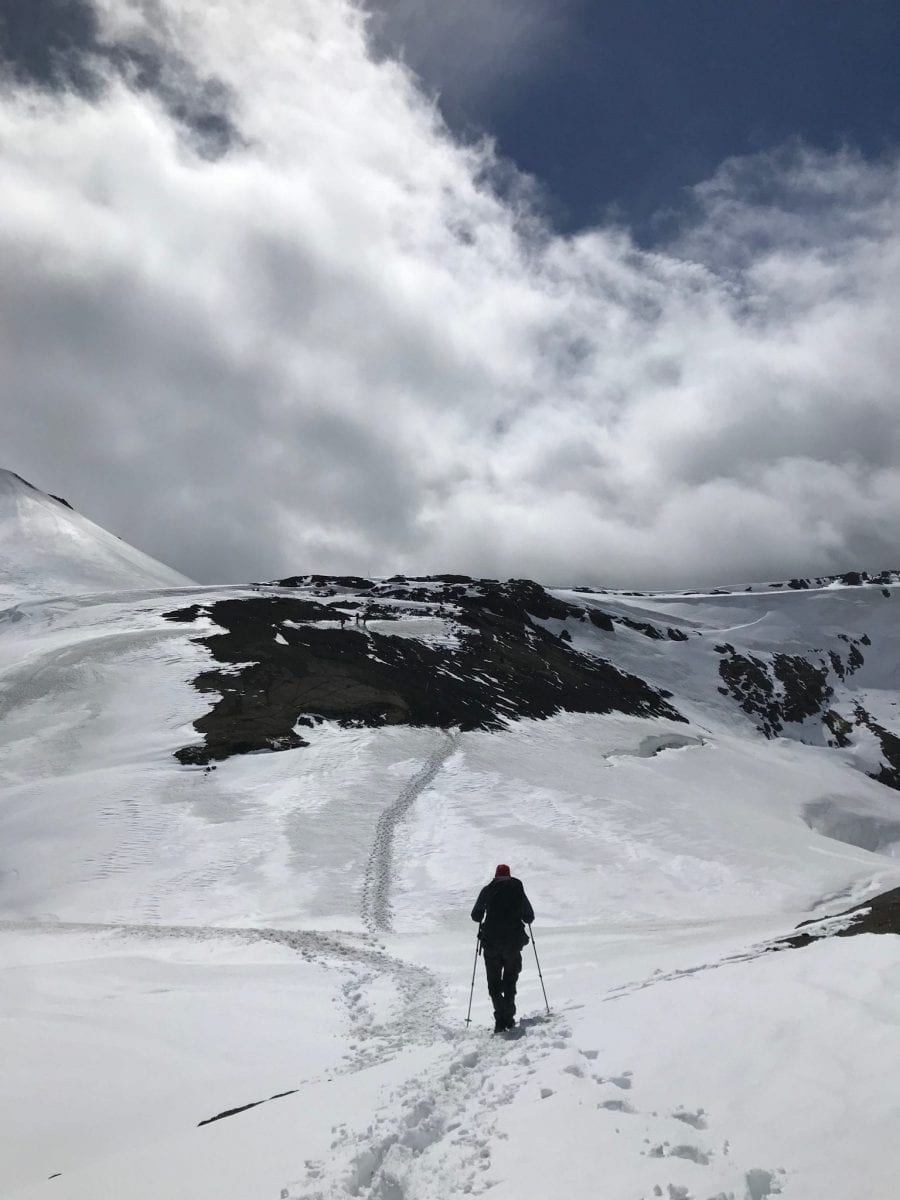 Read More
HHiking
Recently, I had several similar conversations. People would ask me about my holiday plans. I would tell them…