The Fimmvörðuháls trail probably is one of the toughest days of hiking I ever did. Not that the hike is super tough per se, but I grossly underestimated the trail, the weather and the time it would take me to finish the trail. On top of that, I grossly overestimated my fitness after already a full day of 40 kilometers of hiking in bad weather/snow and a morning 15km hike on the Laugavegur trail. This is the story of my June 2018 hike of the Fimmvörðuháls trail.

Thorsmork to Skogar, the Fimmvörðuháls trail

The route across Fimmvörðuháls lies between two glaciers, Eyjafjallajökull and Mýrdalsjökull, and connects Skógar to Þórsmörk. This is one of the most popular hiking trails in Iceland, but possibly (as I found out much later) also one of the most dangerous due to the rapid changes in the weather that may occur during any season. While it can be calm and sunny in the low lands of Skógar and Þórsmörk the weather at the peak of the trail (approx. 1000m above sea level) can be totally different (yes, I experienced that). Brute force winds, rain, fog and even an occasional snow storm (yep) with almost no visibility are not uncommon (again, yes).

The largest part of the route is marked with stakes and the trail itself is mostly obvious except at the top where it is covered with snow and can be unclear. All who hike across Fimmvörðuháls should be equipped with a good map, compass and a GPS device (more on that later).

What happened before the Fimmvörðuháls trail

You can read my full story on the Laugavegur trail in a separate post.

At Thorsmork, I quickly bumped into three of the wardens of the Thorsmork huts. As with all other wardens at all other huts along the way (and pretty much all Icelandic people I met), they were extremely knowledgeable, friendly and helpful. They told me normal hikers would take 9-12 hours to clear the track, but an experienced hiker in good conditions would be able to do it in 6. In all my arrogance, I considered myself an experienced hiker so I guessed the 6,5 hours I would have left to catch my bus would be more than enough (overlooking the snow ahead, the fact I already had done a 40km hike the day before and a 15km hike this morning). So, with a fast pace, I set out for the climb to Skogar.

Early on the trail, I encountered two ladies. Camelbacks, trail running shoes, athletic build. Just outside of Thorsmork I spotted them for the first time, but the moment I caught up (they were taking pictures of the scenery), they left to run some more on the trail. Later, as it turned out, they were Ukrainian triathletes training for an ultra marathon (one of them turned out to be Scady Abramova, who finished second in the recent Ironman in Spain). They had decided to run from Thorsmork to Skogarfoss and back (50k!). I crossed paths with them several times that day, until I finally left them behind near Fimmvorduhals.

Our most notable interaction was on a plateau a few kilometers from Fimmvorduhals. I had been chasing tracks (and their tracks) in the snow for quite some kilometers (signs and tracks were hard to see because of the snow), when I suddenly spotted the tracks became thinner and thinner and only consisted of 2 people walking. Their steps made sudden turns to the left and eventually, their footsteps were untraceable on a rare piece of exposed black lava sand. So there I was, clearly on the wrong track, no signs in sight, my phone GPS running wild (‘north’ kept spinning) and figuring out what to do while the snow was covering our tracks even further … until I heard female voices: the two triathletes. We joined forces, traced back our tracks and together found our way back and -eventually- to the right tracks.

After that and struggling for another few miles before arriving at Fimmvorduhals, I realized there was no way I would be able to clear this distance in the 2 hours I had left before the bus would leave. That would mean I would miss my bus, had to spend the night in Skogar and also would miss my next day appointment at the Blue Lagoon (another reason why you should have a flexible planning while hiking the Laugavegur trail).

So I called the travel company, Thule, and asked if they could wait for me for an extra 10 minutes at Skogar. They had no reason whatsoever to do so. I had a not cancellation ticket, I was late because of my own stupid mistakes (I could have left earlier, I could have walked faster, I could have planned with more backup time, etc), but the guy on the phone was friendly enough to inform the driver to wait for me.

The last 12 kilometers of the trail were therefor a rush to catch my bus. The first part was already a race against the clock, now I had to even increase my speed to be at the bus in time. A pity, while this is one of the most beutiful parts of the trail.

When I finally arrived (20 minutes late), the bus driver -although he had every reason to be grumpy or slightly annoyed by me being late- was extremely kind, understanding and helpful. So, two people who had every reason to either not care about the issue I caused or at least be irritated by it, went the extra mile to help me out – he even dropped my af at my hotel in Reykjavik. I extremely appreciate this.

My top tips and take-aways

See my original day planning for my Iceland trip, including Fimmvörðuháls trail.

After a few days on the trail, I had some learnings on what to pack and what not to pack for the trail.

Also, see my original packlist for the full Laugavegur trail, including the Fimmvörðuháls trail
.

Dealing with the unknown 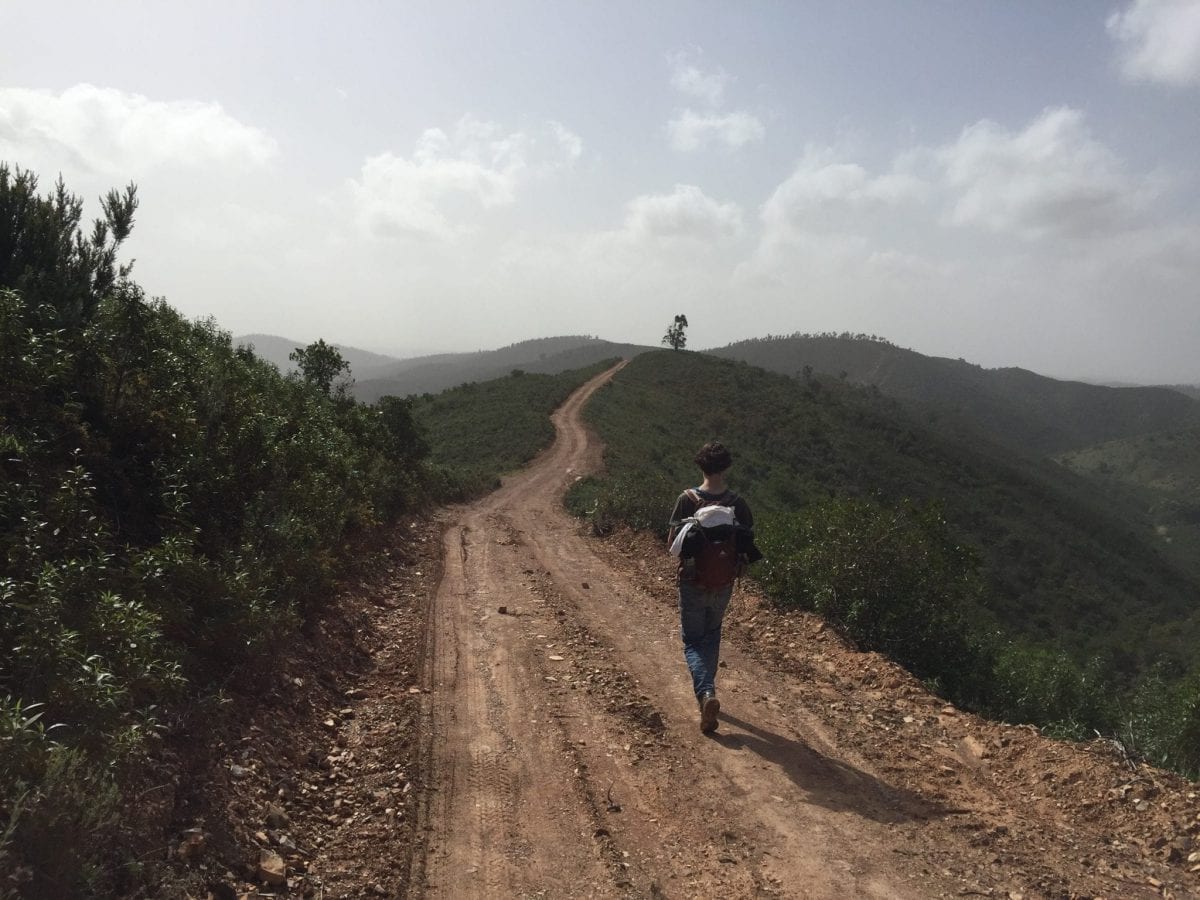 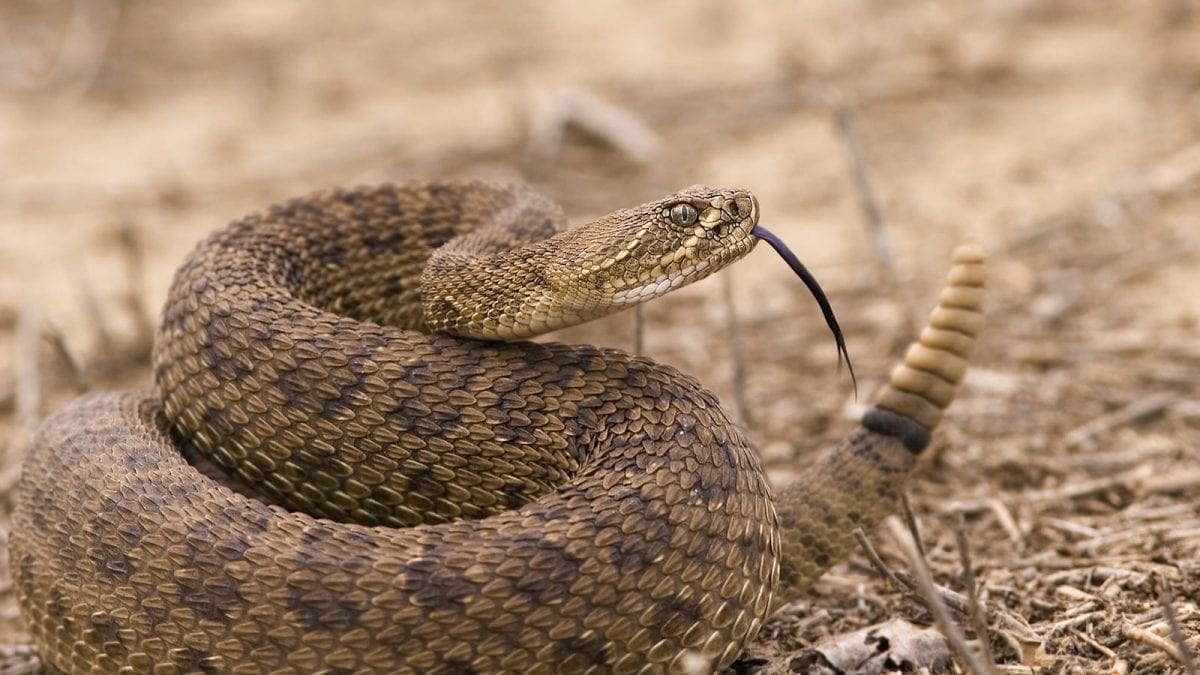 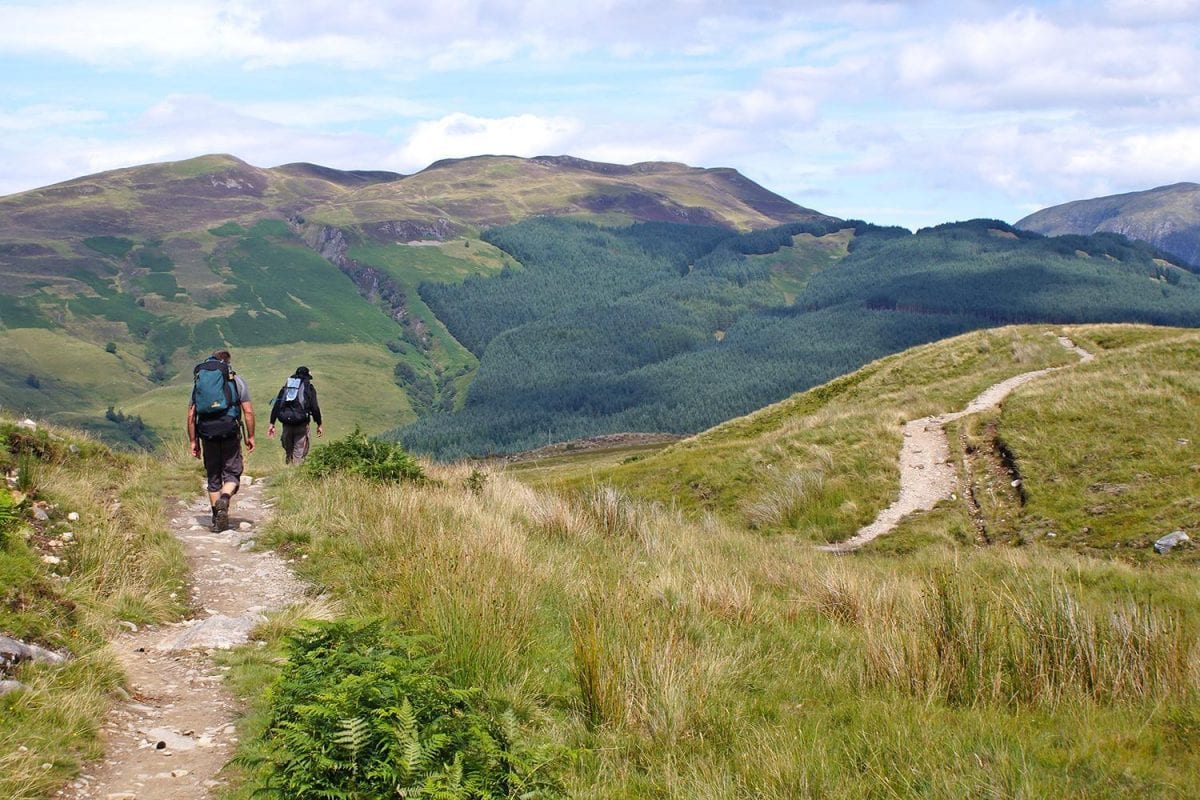 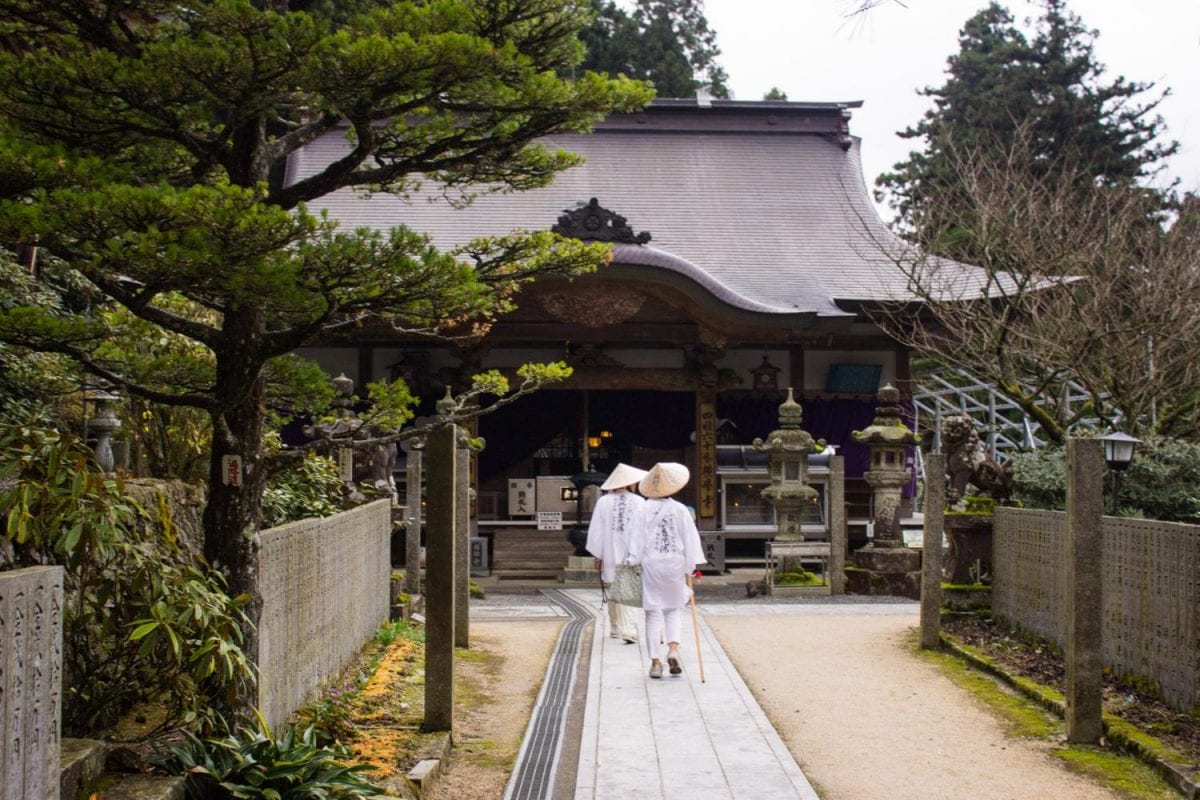 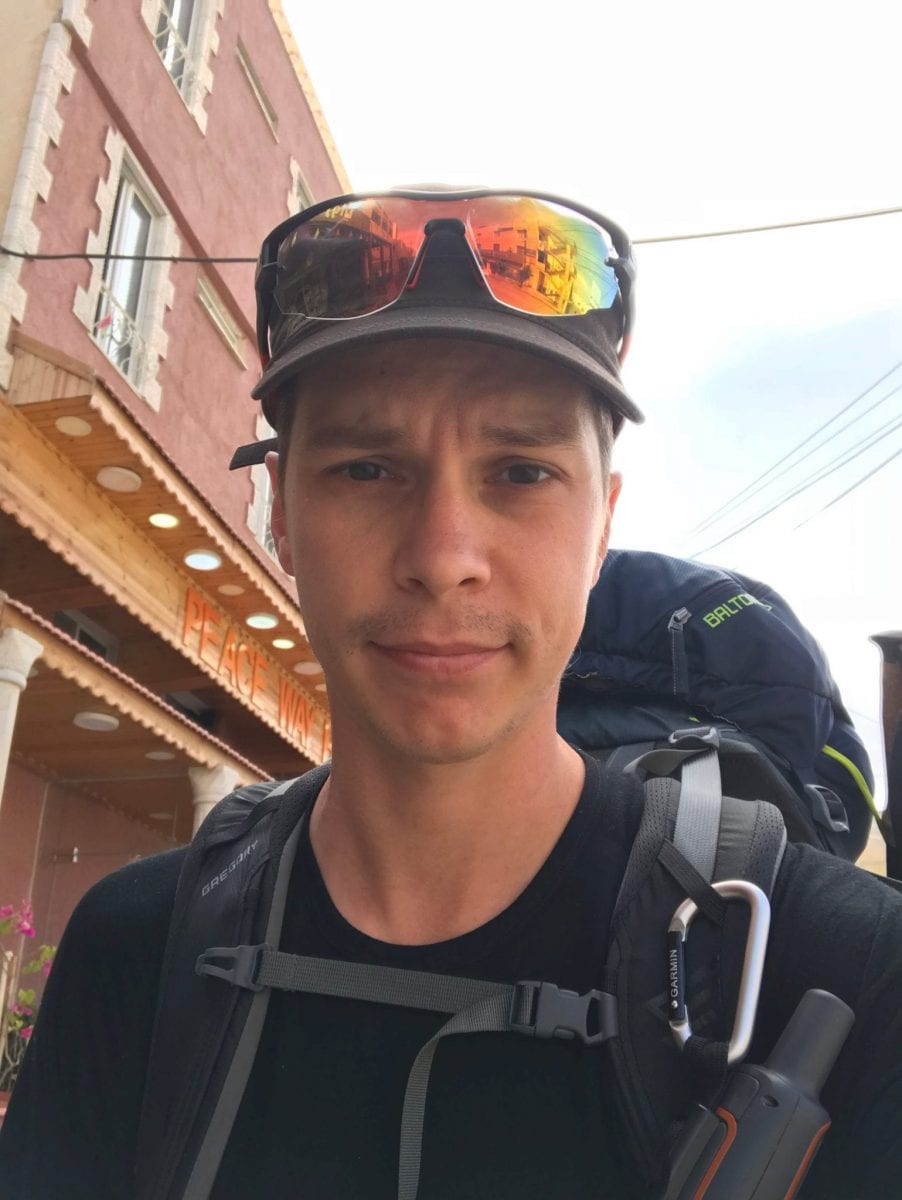