Jordan Trail solo hike – all you need to know

The toughest trail I’ve ever done.

After a failed attempt in 2018 and a postponed attempt due to the Corona virus in 2020, I am now preparing for my third attempt on the legendary Jordan Trail. Solo. So here’s all you need to know for a Jordan Trail solo hike.The Jordantrailiest thing ever? Perhaps being fed up with *again* politely refusing to sit down for tea with the amazingly hospitable local bedouin tribes because you have to get your miles in. Maybe it is camping in the remote desert, the only sign of life being some lights in the valley below you where other people must have their evening ritual. Maybe its cursing the GPS because you can not find the trail (tip: there is none). Whatever it is, it is a life changing experience, and certainly one of the most beautiful hikes I ever did (don’t take my word for it, but National Geographic’s).The Jordan Trail is a long distance hiking trail in Jordan from Um Qais in the north to Aqaba (Jordanian port city on the Red Sea’s Gulf of Aqaba) in the south. The trail covers more than 650 kilometers and travels through 52 villages and towns on its way. The trail traverses the diverse landscapes and vistas of the country – from the wooded hills of the north, the rugged wadis and cliffs overlooking the Jordan Rift Valley, the rose rock of Petra, the dramatic sands and towering mountains in Wadi Rum, to the Red Sea.For thousands of years, ancient trade routes have cut across the same land that today constitutes the state of Jordan.  Jordan was the center of the King’s Highway, a trade route stretching from Egypt to Aqaba, and then north to Damascus. That makes traveling Jordan by foot a practice that is as old as these ancient trails.

In recent years, the fields of outdoor recreation and adventure travel have grown rapidly in Jordan – and in the midst of this growth, a number of people and organizations started working together to scout new trails and to create one continuous Jordan Trail (which resulted in the Jordan Trail Organisation in 2015). What makes it even more awesome is that many Bedouin tribes are helping to develop the trail sections between Petra, Wadi Rum, and Aqaba.

This same organization Jordan Trail Organisation (JTA), organizes an annual thru-hike of the Jordan Trail in March-April (2019 will be the third edition).Between November 6th and November 12/13th 2018, I did my first attempt to hike the Southern part of the Jordan Trail, close to 300 kilometers from the Dana nature reserve to Aqaba at the Red Sea, passing the old city of Petra and crossing Wadi Rum. I failed, as illness, a navigation error and the flooding of Petra made it impossible to meet my already quite ambitious planning. I had to cancel my second attempt in April 2020 because of the Corona Virus. I am now preparing for my third attempt late 2020, taking a bit more time, tweaking my packlist to perfection and learning from my earlier mistakes. This is the full overview of my Jordan Trail solo hike. I have a full list of Jordan Trail related posts on the bottom of this post.It had to be the end of my Jordan Trail adventure. It was my third day into my Jordan Trail hike and already had experienced more adventures than I could have imagined. I had dinner with local bedouins, got ill, camped in the middle of nowhere, got lost, crawled on hands and feet on the flank of a steep cliff, climbed out of the canyon and now I had run out of water. The spring marked on the map had clearly long dried out and it was still at least 2 hours till Little Petra. That is, if I would not get lost *again*. The trail had proven to be way tougher than I had thought. The Jordan Trail wasn’t so much of a trail, it was more of a collection of GPS coordinates. I had learned the hard way the second day of my hike, when I somewhere apparently had taken a wrong turn and got stuck on the side of the cliff. It had taken me so long to realise that, that I had ran out of water. The dried out well was just another disappointment to add to the list.

I had not seen a living soul in the last 38 hours and started to get used to the silence and remoteness. I had made peace with the fact that I had lost so much time that I most probably would not be able to finish my hike all the way to Aqaba. I also had embraced the suck: I didn’t have any water now, Little Petra was at least another 2 hours – so I could either complain about that, or accept the current situation and make the most out of it.

And then I started to hear voices. Normally, that would be something I would welcome, but in these circumstances – I didn’t drink any water all morning, it was getting hot, I had been ill the last day – I had to think of another hiker who had been evacuated because he had started to hallucinate because he had too little water and nutrients. If I was hallucinating now … it would be the moment to put either my Garmin Inreach or Personal Locator Beacon to use and tap out.

I bumped into Faris, an incredibly friendly local Bedouin when I was pretty much out of water. We still have regular contact now, more than 1,5 years later.
… and then I heard someone yelling from the canyon below. It was a friendly Bedouin, Faris, who yelled at me to ask if I wanted tea. He showed me how to descend into the canyon. We spent at least an hour talking about everything life. About soccer. About how stupid I was to go into the desert alone. About his family who leaved near Petra. And then he asked me if I had ‘Messenger’. He took his iPhone out of his tent (a newer one than mine, my stupid prejudices) and he added me on Facebook Messenger. Even today, we are still in regular contact. He gave me some water for the road, more than enough to get to Little Petra, and I was off again.The Jordan Trail is the toughest hike I have done so far – and that probably makes it my favorite. The sheer intensity of new impressions, the complete change of scenery compared to my business trips – the Jordan Trail most definitely is one of my favorite hikes.After having to cancel my GR20 hike, I quickly started planning for the Jordan Trail. I planned extensively, based on earlier experiences on trails like the Laugavegur trail, Kumano Kodo and the Nijmegen Four Days Marches. I checked and double checked my packing list. I made a list of Arabic words to use. I made a day planning and even a special water planning as the trail is remote and often without water. I know what to do in case of a snake bite and how to prevent it. I made a food plan. I collected tips from other hikers. Prepared for the weather. Have a backup for the backup for my GPS. I transferred the gear I did not need to my hotel in Aqaba. I even paid a last-minute visit to the Jordan Trail Association in Amman.

I finally decided on a rather ambitious day planning of 40-60 kilometer days, knowing there was a very slim margin of error – if it was even possible at all. If anything serious would go wrong, I would not be able to make it. I -however- did not worry too much – I had different printed and digital maps with the trail, water sources etc, so I would be flexible to change plans according to the local situation.Learning from my first attempt that ended in Petra, I started preparing for my next attempt with several key basics in mind:

And then Corona happened. So because of the Corona Virus, I had to postpone my second attempt of April 2020.On the same track as we were preparing for April 2020, I’m now preparing for the next opportunity.Well, that not one, but three serious things went wrong during my hike. The cliche is true – life is what happens while you’re busy making other plans. Serious illness, making a grave navigation error on day 2 and the flooding of the city of Petra seriously jeopardized my hiking plans. Although I was not able to finish the Jordan Trail from Dana to the Red Sea, I had an amazing 3,5-4 days on the trail.

I enjoyed every single bit of it. All the amazing views. My encounters with sheep, camels, flies but above all the amazingly friendly and hospital Bedouin families. The versatile landscapes – from moon-like desert to sandy planes and from dense vegetation to barren wadis.

And more general preparation for the trail … 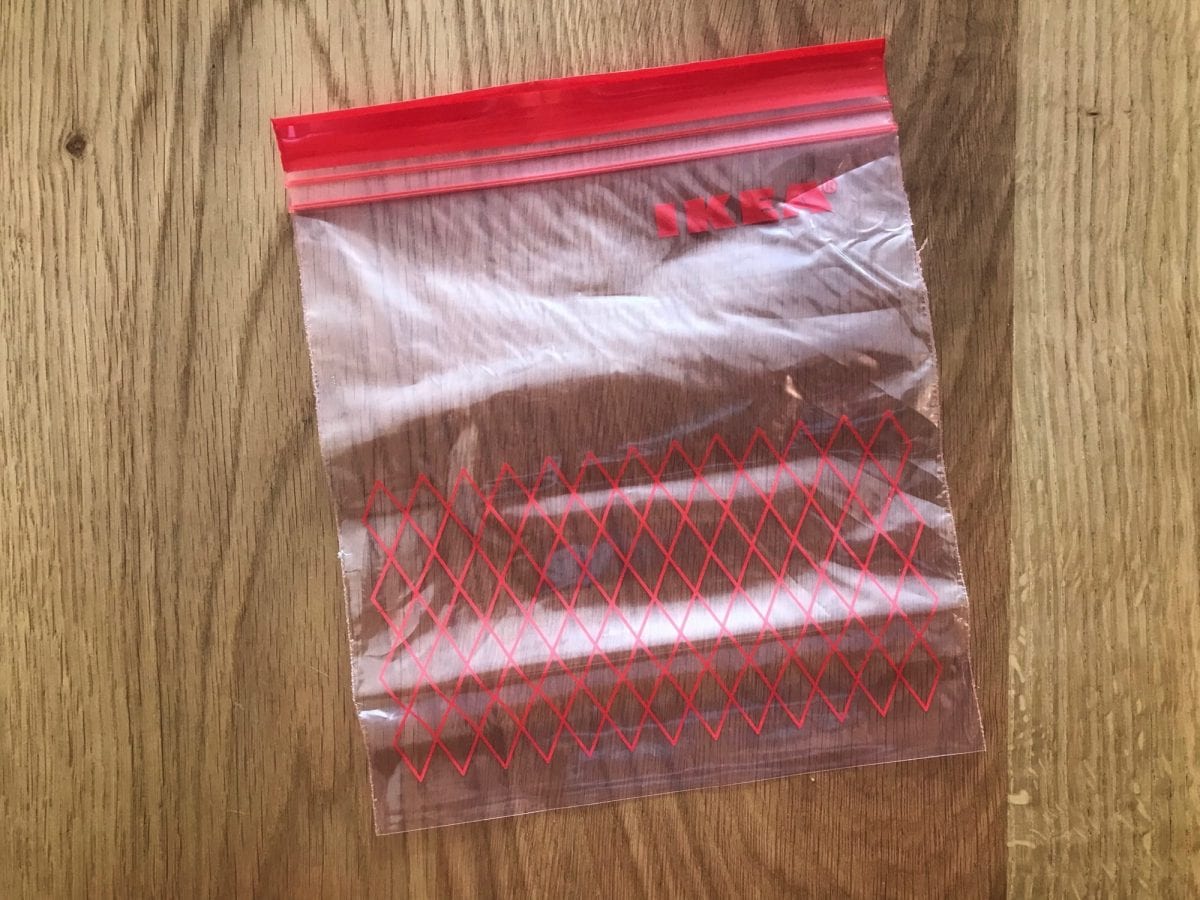 Read More
TTravel hacks
When I’m hiking I like to keep moving – I hate breaks. I will eat and drink while… 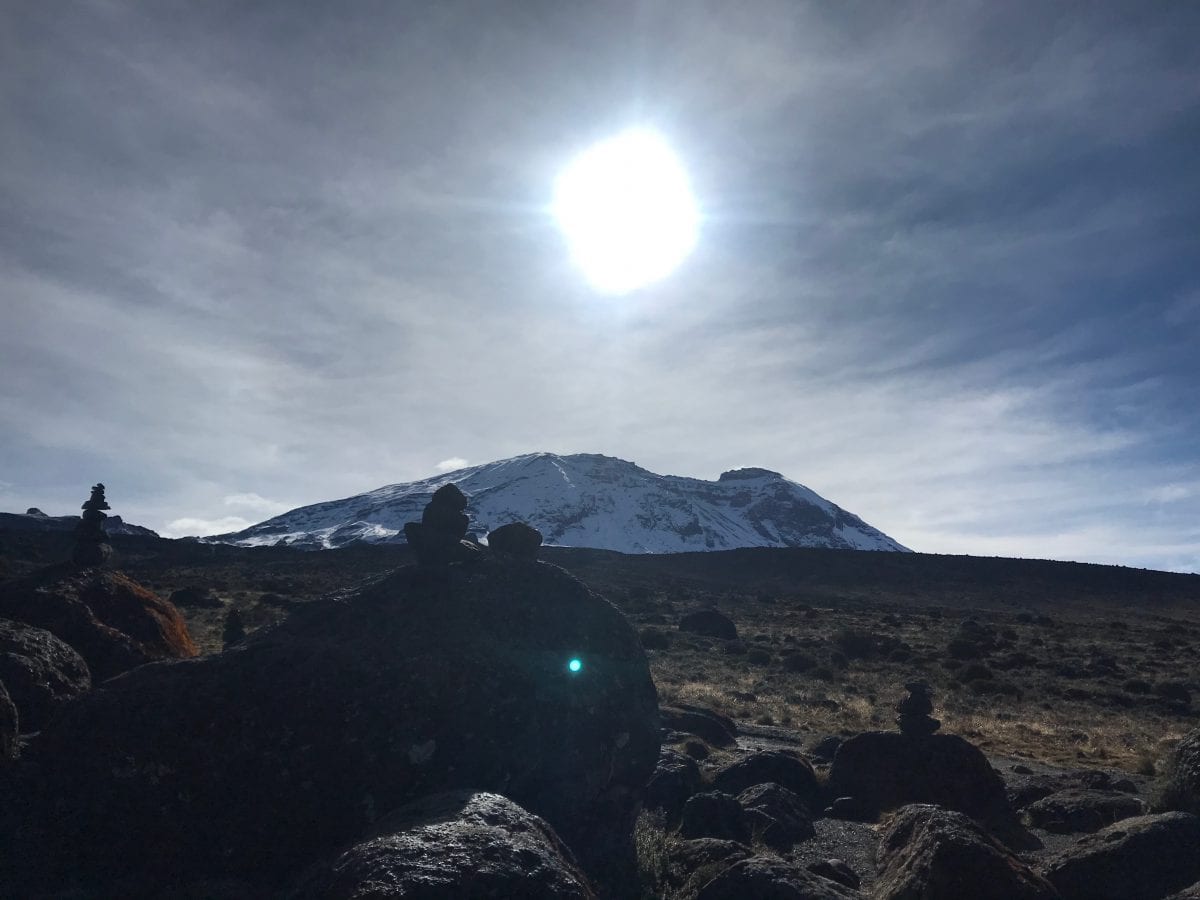 Read More
HHiking
Don’t believe the hype. In October 2019, I summited Mount Kilimanjaro via the Lemosho route.  This is the… 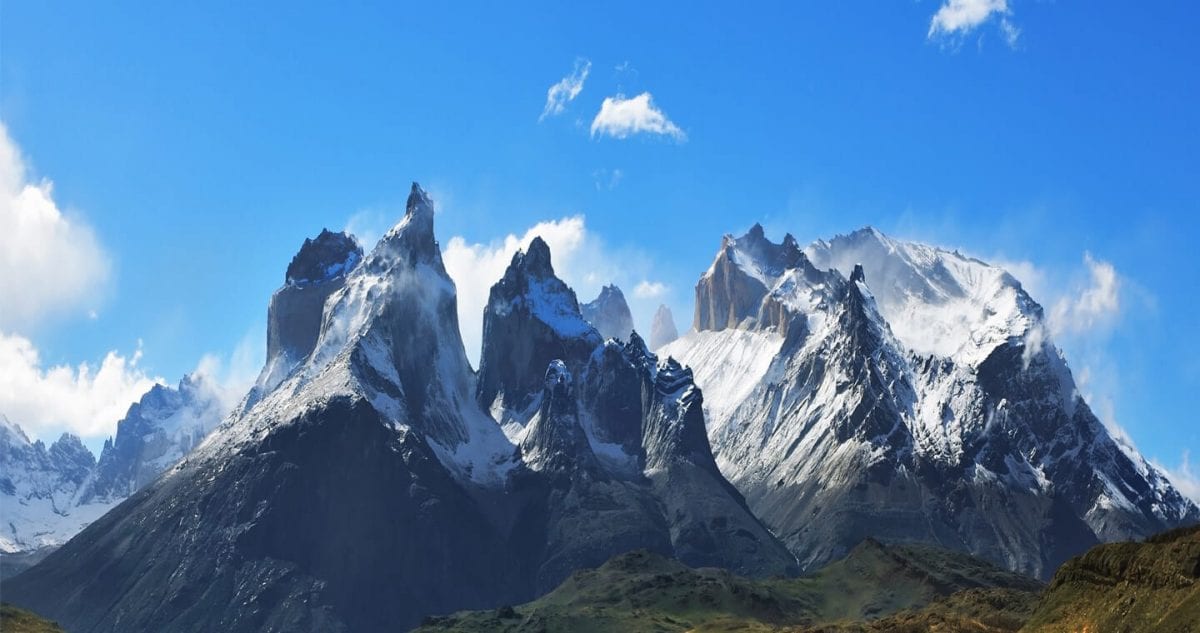 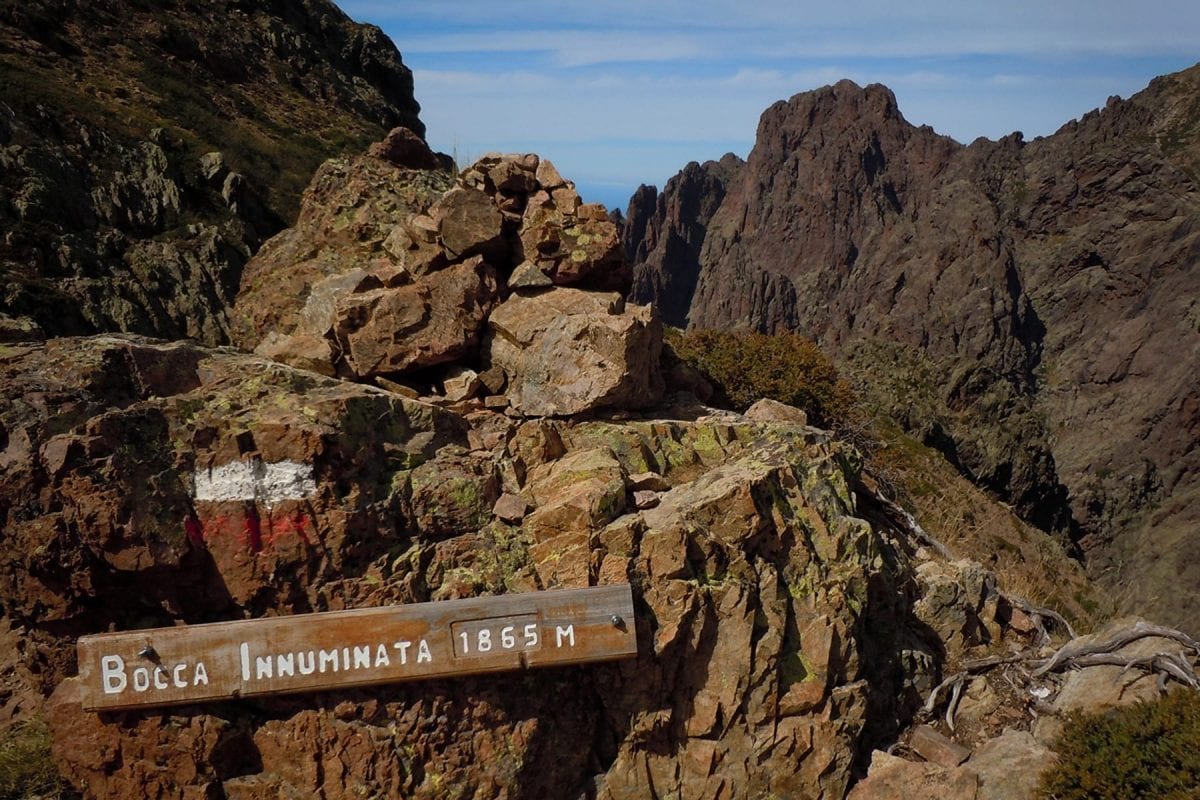 Read More
HHiking
For months, I had been living up to hiking the GR20 in Corsica, (France), the “toughest trail in Europe”.… 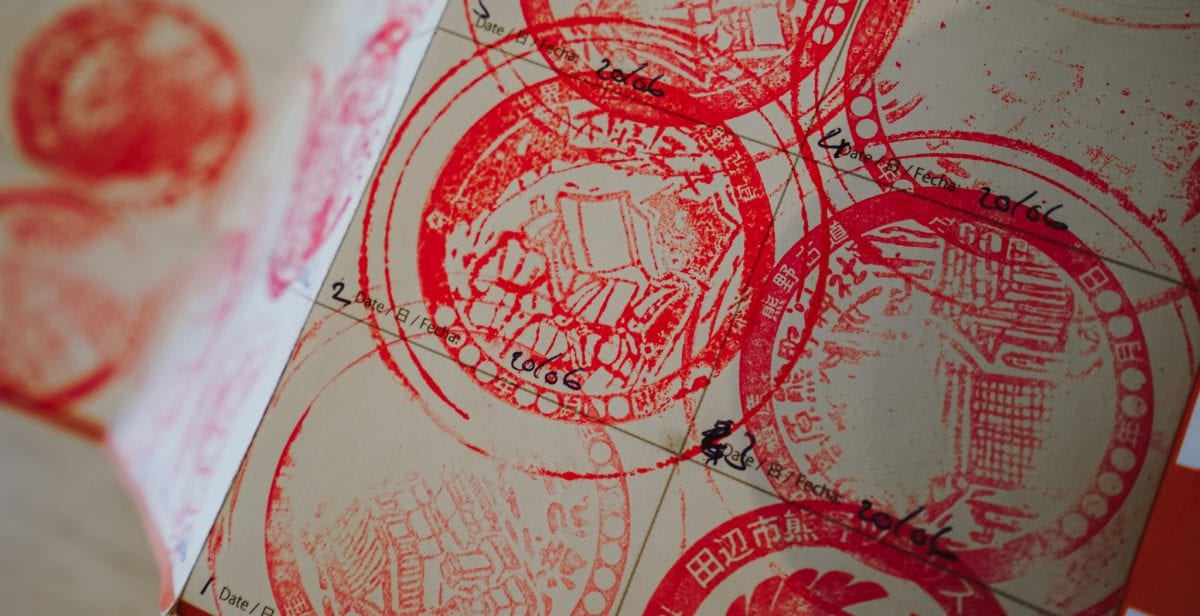